LG has recently released a teaser of its 5-inch screen, 4:3 aspect ratio “Optimus Vu” Android smartphone.  The phone has been said (LG-F100S/LG-F100L) is a 5-inch display smartphones aspect ratio of 4:3 Optimus Vu, and was prepared as a rival of Samsung Electronics Galaxy Note. 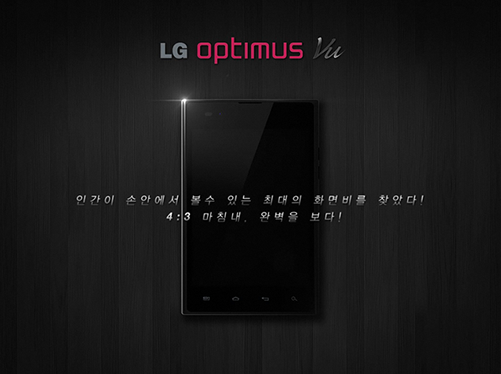 If we gone on the basis of appearance the phone looks just like the PRADA Phone 3.0 which been released by NTT DoCoMo – the phone includes a dual-core 1.5GHz 8 million CPU, 1GB RAM, 8GB ROM, supports NFC, Android OS – 2.3 Gingerbread version.