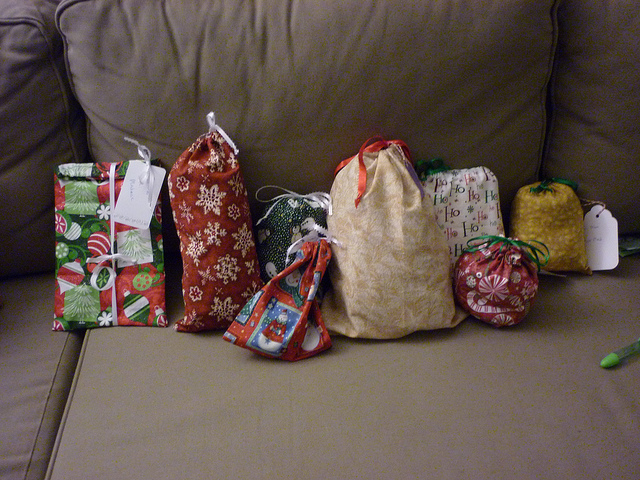 Like other Christmas traditions, gift exchanging is not actually associated with Christmas. It has its roots in the non-Christian religions and in the Pagan celebrations held in Rome and in Yule of North Europe. Like many other cherished customs, the modern society has incorporated its own twist to the celebration of Christmas. At present the celebration is detracted according to the view point of a particular individual. Gift giving got its origin from the celebration of Saturnalias on 25th December. Initially, slaves exchanged their places with their masters. At the end of the celebration, simple boxes of wax candles, and figures made of clay known as ‘sigilla’ were also exchanged.

During the Yule season, gifting gifts was considered as a part of the Winter Solstice when the sun returns. Gifts baskets was created from wheat stalks and were presented that reflects the quality of fertility and life giving qualities. Harvesting was a major part of this celebration. All these traditions got accepted into Christianity and gradually became an unavoidable part of the celebration of Christmas. At one point, however, the Catholic Church banned the custom of gift giving as they considered it to be too pagan.

The tradition of gift giving was reinstated in the occasions of Christmas by the Victorians. But, the gifts were much traditional and simpler than those presented today. In earlier times gifts were found scattered throughout the house and were found in pies. Today, gifts are found in stacks kept under the Christmas tree. At present, people make it a point to buy gifts for almost everyone of the family, keeping in mind their particular taste. The celebrations of Christmas have become more commercial at present. Special Christmas gifts are designed and sold by shops, both online and local. You can now find cool Christmas gifts for kids. Moreover, there are gifts for teens as well as for your girl or man.

The traditional Christmas poems and the trend of commercialism, has changed the idea of Christmas gifting and incorporated the figure of Santa Clause bringing gifts for kids. This bright and jolly man carrying a bag full of gifts were first used for a carbonated beverage ad. Since then, Santa Clause is considered as the gift giving symbol and is an indispensible part of the Christmas celebration.

Keeping all the ancient traditions in mind, many Christians remember the story of the three Magi offering gifts and blessings to Jesus. Many consider the birth of Jesus as the souvenir of love from God.