Japan’s NTT Docomo announced today three new smartphones and two new tablets in the country, all of which are compatible with the company’s Xi LTE mobile service, for launch in or after September. The features include in all models run on Android 4.0 Ice Cream Sandwich and are capable of a maximum downlink speed of 75 Mbps.Three of the five models are compatible with the NOTTV V-high multimedia broadcasting service, including the first NOTTV-compatible GALAXY tablet. 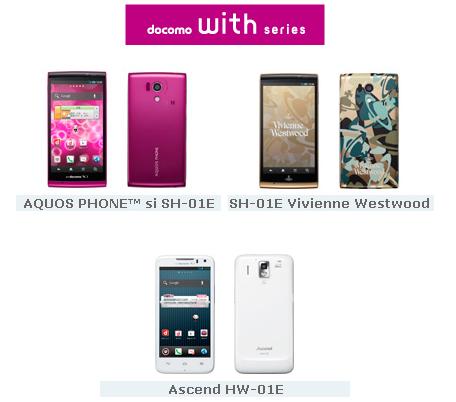 The devices launched are as follows: