According to the J.D. Power and Associates 2013 US Wireless Smartphone Satisfaction StudySM and the J.D. Power and Associates 2013 U.S. Wireless Traditional Mobile Phone Satisfaction StudySM (via The Next Web), Apple topped the chart with highest ranking in customer satisfaction among smartphone manufacturers while LG ranked highest among traditional mobile phone manufacturers.

Counting on scores earned by the companies, Apple scored a total of 855 out of 1,000 while Nokia stands at second position with 795 points. Samsung stands at third place with 793, while the both Motorola and HTC tied out of fifth position with scoring 792 and 790 points respectively. LG topped the chart for feature phone makers with a score of 719 on its name, followed by Nokia at 714. 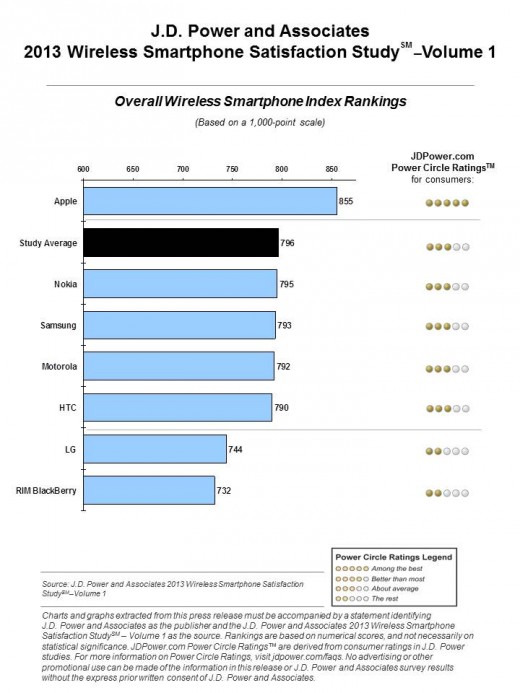