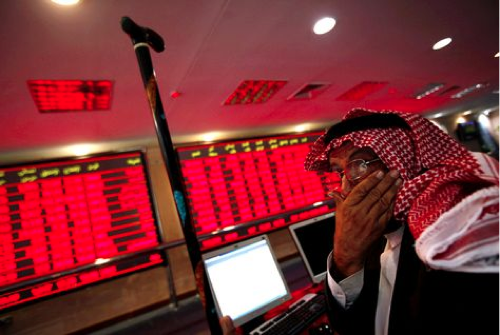 A group of Israeli hackers brought down the Saudi Arabia Stock Exchange and the Abu Dhabi Securities Exchange websites, Haaretz, Israeli newspaper reported. The group, which is known by the name IDF-Team, was able to paralyze the Saudi stock exchange site resulting in causing delays on the UAE site.

The attack came in return to a Saudi hackers “nightmare group” attack, shutting down the Tel Aviv stock exchange website and Israeli airline EI AI’s website on Monday. The attacks are part of ongoing occurrences between hacker groups of both the countries who have been hacking and releasing Facebook data and email accounts over the last few weeks.

The hacker, who goes by Hannibal, wrote that his actions – which began Friday – are a “counter-attack” following the publication of Israeli credit card details on the Internet by a reportedly Saudi hacker.

“I noticed that poor intelligence of 0x omar and his friends [sic],” he wrote on pastebin.com, the same site used by the Saudi hacker. “State of Israel, not to worry, you’re in the hands of the world’s best hacker that I am [sic],” Hannibal reassured. “I will continue to support the government of Israel will continue to attack the Arab countries,” he wrote.

The attacks seem like the Middle East going through the series of cyber war these days – releasing hacked information to the masses.