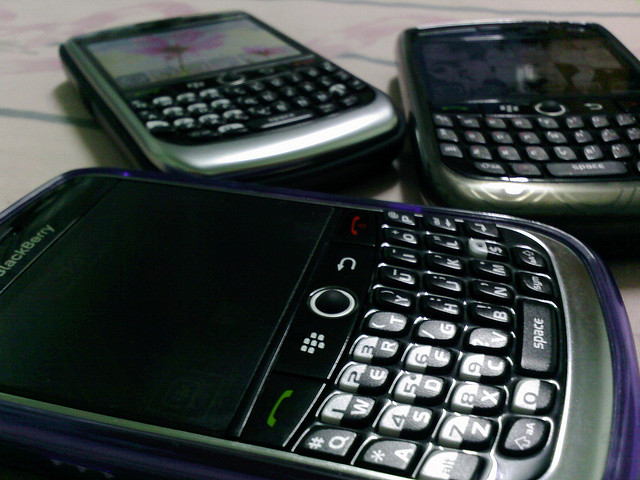 It’s no secret that the BlackBerry’s downfall can be largely attributed to the mega success of Apple’s iPhone. While the BlackBerry is down, it certainly isn’t out, though it certainly needs to make drastic changes if it hopes to stay relevant in the eyes of consumers.

Where it Went Wrong for the BlackBerry

Aside from the competition, poor in-house management is also to blame for Blackberry’s decline. According to its second-quarter earnings report, the company suffered close to a staggering one billion dollar write-down in unsold BlackBerry Z10s. To add to its woes, its BlackBerry Playbook, the company’s first and only tablet release, was a complete flop. To make matters even worse, its current CEO Thorsten Heins, is seen by the public as stiff and never formed a strong rapport with the public the way Apple mogul Steve Jobs did. Once the first iPhone hit the market in 2007, the BlackBerry, which up until then was the must-have gadget in the tech industry, became yesterday’s news almost overnight.

Introducing the BlackBerry Messenger: A Second Chance at Comeback

In order to prevent a total fade into obscurity, the BlackBerry announced the release of the BlackBerry Messenger for the iPhone and Android. This instant messenger and video telephony application enables chat via video. This means that users can actually see the person on the other line and hear the person’s actual laughter rather than having to settle for a LOL via text message. A swift tap also enables you to switch freely between video conversations and chat as well as review business documents, share Facebook status updates, send a quick tweet and look up travel itineraries.

A Rather Not-So Smart Marketing Move

BBM’s release coincided with the release date of Apple’s iPad Air, which prompted criticism from those with an ear in the tech industry. The iPad Air is known for its sleek and lightweight design with a stunning retina display. It also comes with a new A7 chip that delivers CPU and graphics performance at twice the speed of its predecessor without compromising battery life. Many have remarked that releasing the BBM the same day as the Air is just bad PR as it means having to split the media coverage with its rival, and this is simply unacceptable for a company that is already on life support.

However, despite what the naysayers point out, BBM made its debut with quite an impressive launch. Within 24 hours of its release, the company logged in over 10 million downloads; by the end of the first week, the system had more than 80 million active users. For iPhone and Android users, the total tallied at 20 million users.

How BBM Compares to SMS

Naturally, there are going to be talks and discussions swirling around tech circles over how BBM compares to SMS messaging. If you want to send a standard text message through BBM, you can do so, and the application allows for starting chat threads and saving messages. Users can also split their contacts into categories, such as work and family. The process is as simple as opening the BBM interface and tapping on a contact you want to converse with; simply compose your message and hit “enter.”

BBM has also proved to be a valuable tool for marketers. Traditional SMS marketing can be employed using BBM, and there is a neat little twist that may draw the attention of marketers. Since BlackBerry messages are sent as data, it does not incur individual charges for each message sent. Even plans that come with some sort of bulk texting package still have a cap on the total number of SMS messages that can be sent. With BBM, the limit is nonexistent.

Is BlackBerry Still in the Game?

In 2008, BlackBerry phones were the “in-thing.” Heck, even then-presidential candidate Barrack Obama made headlines for having one. However, a combination of rising competition and poor internal management reduced the BlackBerry to nothing more than yesterday’s headlines. Today, most people would unlikely be able to name someone they know who uses a BlackBerry. However, despite falling into hard times, the company is able to breathe life unto itself with a last ditch effort that amazingly proved to be successful.

About the Author
Ashley Williamson

Ashley Williamson is a freelance writer and blogger. Recently in her writing she has been sharing her advice to try and help people enter back into the job market. When she is not working she likes to travel and discover hidden places around the globe.