Google ended the year 2011 with making an investment of $94 million in a solar photovoltaic projects bringing their total portfolio for clean energy investments to more than $915 million.

As per Google Official blog:

“We’ve already committed to providing funding this year to help more than 10,000 homeowners install solar PV panels on their rooftops. But this investment represents our first investment in the U.S. in larger scale solar PV power plants that generate energy for the grid—instead of on individual rooftops. These projects have a total capacity of 88 MW, equivalent to the electricity consumed by more than 13,000 homes.“ 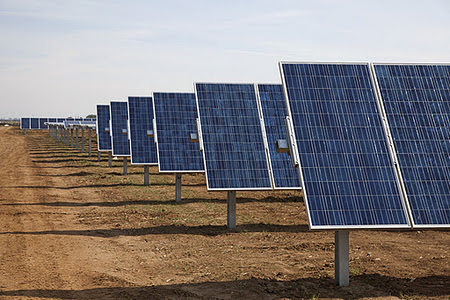 Recurrent Energy said that the construction on three of the Sacramento, CA area project will be completed in early 2012, with the fourth one coming next year. These projects are expected to generate nearly 160,000,000 kWH in their first year of operation itself which is roughly equivalent to offsetting the electricity consumption of more than 13,000 average US homes.

Beginning in 1996, Stanford University graduate students Larry Page and Sergey Brin built a search engine called “BackRub” that used links to determine the importance of individual web pages. By 1998 they had formalized their work, creating the company you know today as Google.

Since then, Google has grown by leaps and bounds. From offering search in a single language we now offer dozens of products and services—including various forms of advertising and web applications for all kinds of tasks—in scores of languages. And starting from two computer science students in a university dorm room, we now have thousands of employees and offices around the world.