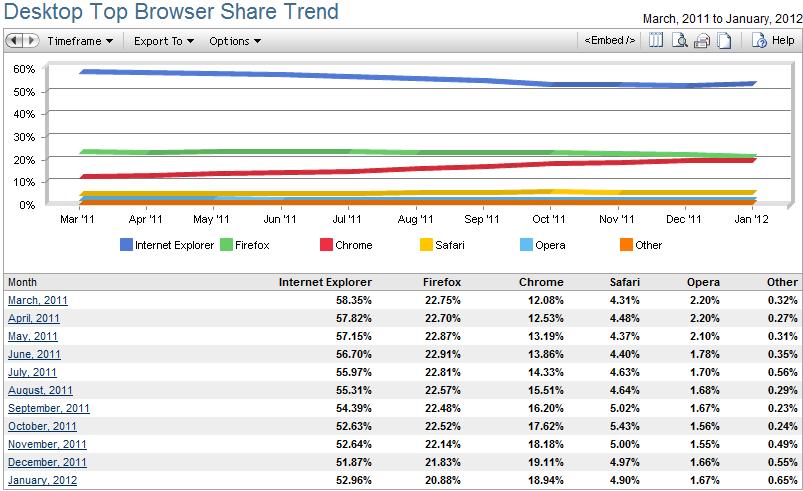 Internet Explorer 9 only rises from 11.48% to 11.64% during the month – the only time that browser has not lost global market share in the last year was between October and November, when it was essentially unch. However, Microsoft still urges on the similar previous data. In its blog post on the latest numbers, the company continued to discuss market share only in terms what is running on Windows 7. In short, Internet Explorer is managing to hold its own and more, even if temporarily, is a bigger browsers story.