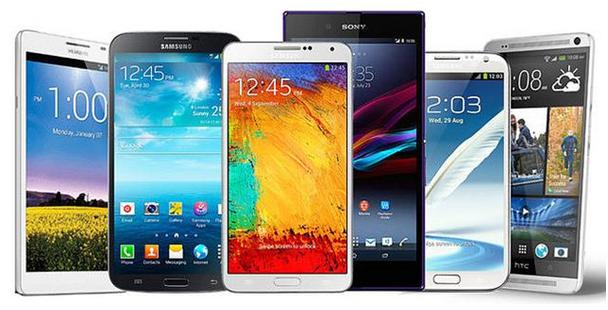 When you think of a smartphone, you probably don’t think about how much they’ve changed. But, when you take a step back and look at them now, compared to a few years ago, the difference is remarkable. Here are three of the main things that have changed over the years:

If you look at the screens in smartphones, you’ll see they’ve undergone serious developments. For starters, the introduction of touchscreens was seen as the next big thing. We’d had smartphones before, but now we get smartphones with touchscreens! At the time, it felt like we’d been given access to a cool gadget from a James Bond movie.

Since then, screens have adapted even more. The size of the screen has changed, so has the resolution and pixel size in the display. We’re now living in a world where a mobile phone has a 4k resolution screen. Then there are things like 3D Touch on the new iPhone 6s that makes the screen pressure sensitive. Pressing harder on the screen will have a different function than if you press lighter.

And who can forget the new Samsung Galaxy range that come with curved screens. Screens that curve slightly around the sides to make the screen size seem bigger.

I remember the days when you were considered cool if you had a phone with a 3.2-megapixel camera. Nowadays, there are phones that have cameras almost as good as professional handheld ones. The Nokia Lumia sets the bar incredibly high with a 41-megapixel camera. Forty-one. It’s incredible to think technology has advanced so much in such a short space of time.

Likewise, the video recording capabilities of phones have improved. Before you used to get a dodgy pixelated recording. You couldn’t film your mates without everyone’s face looking like they’d been caught on a Crimewatch camera. Now, you can film in 4k 60fps and have sublime quality. You can even film things in slow motion – it’s unbelievable.

One of the biggest things that has changed is the design. It’s funny to think how a phone that’s just three or four years old looks so outdated now. I dusted off my first smartphone the other day – a HTC Desire. It was nothing fancy, but at the time I thought it looked proper cool. When I look at it now, I realise how small it is compared to phones now. The bezels are so thick, and the screen looks tiny.

These days, smartphones are all designed in a similar fashion. The aim is to be big enough to accommodate a large screen, but not be too chunky and heavy. As a result, we tend to get a few phones that look fairly similar to one another. Once in awhile there will be a phone that comes along and wows us with its unique design. But, in general, they all follow that same pattern.

Phones have gotten thinner, yet bigger. People used to mock those with larger phones and claim they liked the smallness of the iPhone. Then Apple brought out their iPhone 6 range, and everyone wanted bigger phones!