Remember earliest last month we reported that India’s first low cost tablest, Aakash made a pre-orders mark of 1.4 million units over which the DataWind, Aakash Tablet manufacturer confirmed the “pre-orders” number – the tablet is being sold for INR 2500 (approximately USD 47) but the government then lower the cost bringing it to a mere USD 35 for the students. 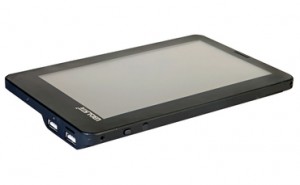 Over the time, the news are flashing today that a “$35” computer has run into problems and companies again will be invited in order to bid again to make the device after continuously reports of poor performance rolling out a pilot model – for the Indian government the tablet hailed as an achievement mark where only one in 10 of its 1.2 billion+ use the web.

A small London-based company, DataWind won a contract last year to make 100,000 tablet units for the government – but with the soar in relationship over amid complaints by test users between DataWind and a government research institute – now the government’s HRD Ministry is due to launch a new tender in the next few weeks to seek partners to build the tablet again – a process that could see DataWind dropping from the contract.