How about getting a spam email in your inbox? Even thinking such starts making your mind insane, but what if we go by saying according to the latest data comes from Sophos, India leads the race now of sending spam emails with 1 out of 6 spam emails now come from India. The top 12 spam-relaying countries for July to September 2012:

Sophos’s Graham Cluley agrees: The latest Dirty Dozen report suggests that a not insignificant number of PCs in India are harbouring malware infections that turn PCs into spam-spitting zombie slaves, controlled by the cybercriminals who make money by punting junk emails to promote questionable goods, or simply use malicious spam to infect more computers. The authorities in India need to make IT security education a priority. One would be safe to assume that, if computer users in the country are being targeted in order to relay spam, they are likely victims of other online threats such as fraud. 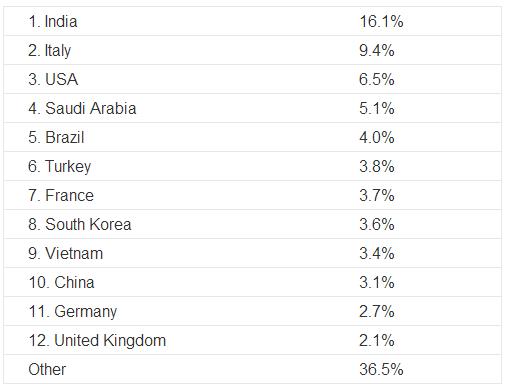