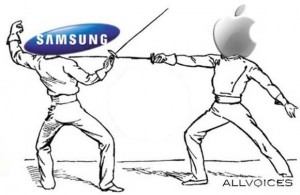 No doubt the legal way of showing the love between the two giants: Apple and Samsung increasing every day. Earlier this year, Apple won a major jury verdict in a courtroom fight between the two biggies. But now, adding colors to their fight, Samsung has added the iPad mini in a court filing. The South Korean giant has accused the 7.9-inch tablet, along with iPod Touch and iPad versions. Earlier last week, US Magistrate Judge Paul S. Grewal even agreed on Samsung’s request to include the iPhone 5 in the legal battle while on the other end, Apple accused Galaxy Note 10.1 with Android 4.1 Jelly Bean version.