TRENDING
Navigate
Categorized as
2256
Tagged as
FacebookFeatureMobileSave for Later
Related

iMore reporting that Facebook rolling out new feature “save for later” feature for iPhone and iPad app, allowing you to save posts for later. The publication says that the users will soon see a notification which let them know that the social giant offering them the feature with which they can “press and hold anywhere on a story to save it for later.” This is still nothing more but rumors, but we are keeping an eye on this, and will confirm accordingly as soon as we will get an update although we do hope that feature will roll out soon in real as it is one of most required feature. 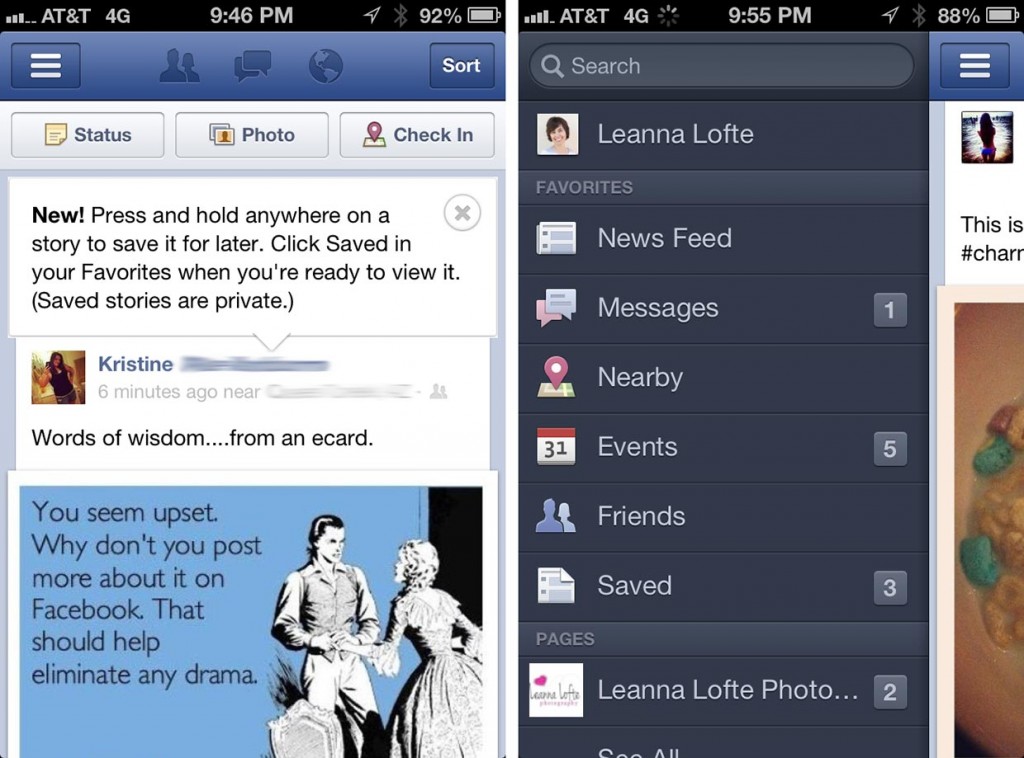