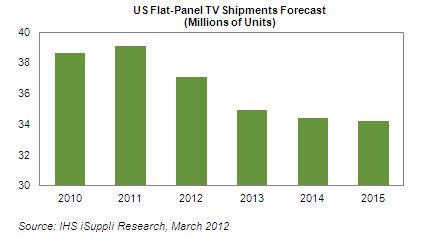 “The decline starting this year suggests that demand may have crested for the mature U.S. TV market,” said IHS TV Research Analyst Lisa Hatamiya in a statement. “Sales in the United States now are being driven by consumers who are replacing their older flat-panel sets with new models boasting more advanced features.”