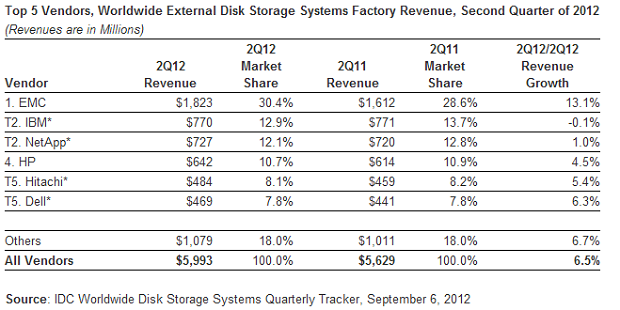 According to the latest results from International Data Corporation (IDC), the revenues of worldwide storage software market during the second quarter of 2012 increased just 0.9% year over year to $3.36 billion, marking reduced year-over-year growth for the market and performance level lower than any time since the fourth quarter of 2009. 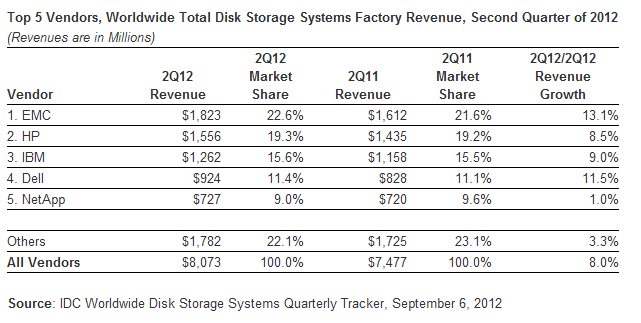 The report suggests that EMC, IBM and Symantec remained the top ranking storage software suppliers with 26.4%, 14.7%, and 14.6% market shares, respectively while Data Protection & Recovery and Archiving Software were once again the two fastest growing market segments with 2.4% and 2.2% year over year growth rates, respectively, or $1.16 billion and $404 million in total revenues.