According to the recent report by IDC, it has been found out that smart device shipments grew 29.1% to 1.2 billion in 2012, driven by both tablets and smartphones. The reports says that vendors shipped 367.7 million desktop PCs, portable PCs, tablets, and smartphones in the fourth quarter of 2012 (4Q12), up 28.3% from the prior year. 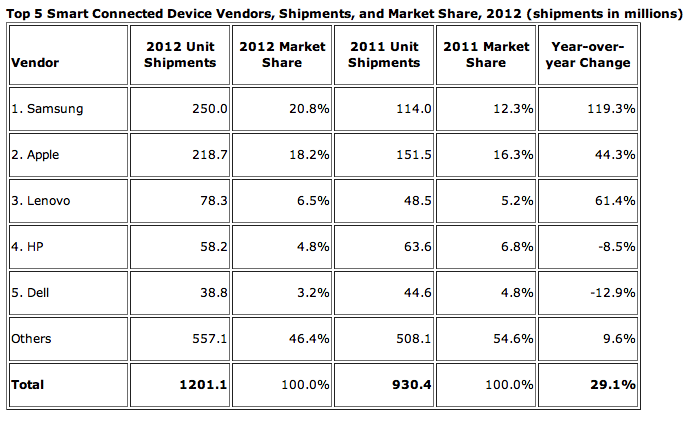 The desktop PCs and portable PCs declined (-4.1% and -3.4%, respectively) while the tablet shipments experienced the largest year-over-year growth in 2012, up 78.4% over 2011. The smartphones saw a growth of 46.1% but accounted for 60.1% of all smart connected devices shipped throughout the year. 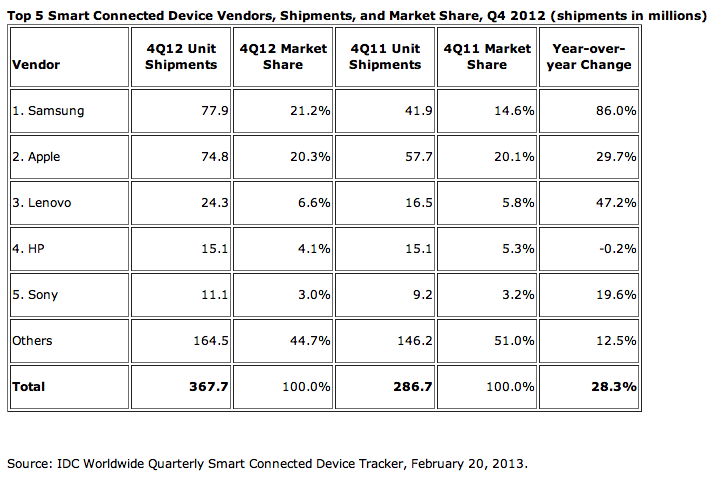 Smartphones and tablets are growing at a pace that PCs and tablets can’t realistically keep up with because of device prices and to some extent disposability.

The average selling price (ASP) for a tablet declined 15.0% in 2012 to $461, and we expect that trend to continue in 2013. However, smartphone APSs are still lower at $408. We expect smartphones to continue to carry a shorter life cycle than PCs for the years to come based on price, use case, and overall device size.