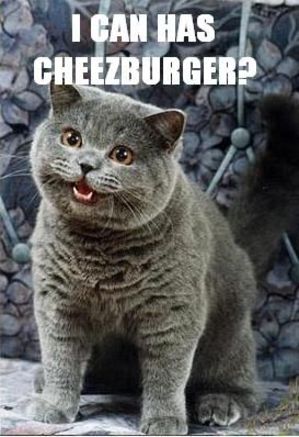 I Can Has Cheezburger, the website best known for its power as one of the World’s largest comedy networks, turn five last week, sharing exactly 14,683 lolz, after launching in 2007.

“Reaching our fifth anniversary means that we’re not just seen as a cat website company,” Cheezburger editor in chief Emily Huh mentioned. She also added that, “It’s amazing to see that for five years, we have been a humor destination for people around the world and people continue to make Cheezburger a daily place to visit.”

What the website is going to add in humor, well it is not humour, they are setting themselves for the real protest and it is against the SOPA (Stop Online Piracy Act) and PIPA (Personal Protection Information Act). SOPA, an act, if passed would give U.S. federal government the power to disable website that it founds to be copyright violation law.

“All Cheezburger sites will also be instituting a blackout on January 18th to protest SOPA and PIPA”, CEO Ben Huh added.

What do you think, where these protest will take SOPA/PIPA to? Put up your comments below and share your opinions.

The Stop Online Piracy Act (SOPA), also known as H.R. 3261, is a bill that was introduced in the United States House of Representatives on October 26, 2011, by Representative Lamar Smith (R-TX) and a bipartisan group of 12 initial co-sponsors. The bill expands the ability of U.S. law enforcement and copyright holders to fight online trafficking in copyrighted intellectual property and counterfeit goods. Now before the House Judiciary Committee, it builds on the similar PRO-IP Act of 2008 and the corresponding Senate bill, the PROTECT IP Act