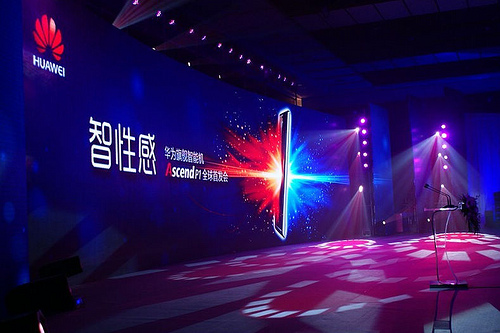 China’s Huawei has announced (via M.I.C. Gadgets) that the Huawei Ascend P1, which features a dual-core 1.5GHz TI OMAP 4460 Cortext-A9 processor and measures 7.69mm thin and 64.8 mm long, providing a very comfortable grip. With a 4.3-inch super AMOLED 960 x 540 touch screens with Corning Gorilla Glass, an 8-megapixel BSI rear-facing camera and Dolby Mobile 3.0 + 5.1 surround sound technology. According to Yu Chengdong, the chairman of Huawei said on Weibo: Thanks for supporting! The Ascend P1 has immediately sold out in every stores in China! This is the first time that Huawei sold out a newly launched product so quickly! The Ascend P1 will be available in Hong Kong, Taiwan, and Australia through operators and retailers by May 2012, in Latin America from June 2012 and in Europe from summer, with availability in other markets to follow.