Being in the news from quite some long time now, HTC’s One ‘Mini’ or better known with the codenamed HTC M4 13 new leaked pictures shared into web-o-sphere. According to an Estonian site Forte who has published 13 pictures of HTC One ‘Mini’ as well as comparing the device with HTC One.

The device is rumoured to feature a dual-core processor with a 720p display, 2GB of RAM and 16GB of storage while the publication claims that the HTC One ‘Mini’ includes a 4-megapixel “UltraPixel” camera. Forte even also confirms that the device will make its debut in August with costing your pockets €400. 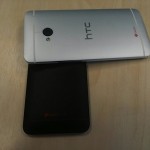 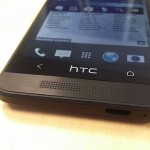