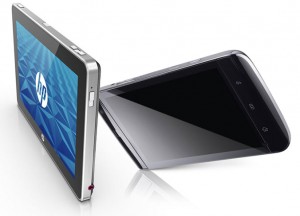 With the Foxconn giving a pay rises of 16-25 percent to its 1.2 million strong workforce in China since the time FLA started assessing worker’s condition over on the Apple’s request, Hewlett-Packard and Dell reportedly keeping a close eye on an increase in wages for workers that assemble Apple’s iPhone in China and could certainly lead to increase in the price high for their own products too if labor cost keep rising.

The move, which is the third such increase over the last two years time period, could results in rivals may need to bear the cost and will result in increase in wages to compete for the staff – which in turn results in putting up a pressure on consumers to paid more for the devices and different gadgets to cover the higher production costs.

HP Chief Executive Meg Whitman said rising wages in China could eventually have a ripple effect across the world electronics industry. “If Foxconn’s labor cost go up, their product cost to us will go up,” she told Reuters on Wednesday. “But that will be an industry-wide phenomenon and then we have to decide how much do we pass on to our customers versus how much cost do we absorb.”

Over this the rival technology company Dell, said it was also keeping an eye on wages in China. “It’s not clear to us how that will play out in terms of our costs,” Dell Chief Financial Officer Brian Gladden told Reuters. “It remains to be seen how that flows through the overall supply chain. We will continue to watch that.” But Gladden said labor costs are a “very, very small piece” of the total cost of its products.

Foxconn Technology Group – the major contract manufacturer behind the world’s best tech companies including Apple, HP, Dell, Nokia, Motorola Mobility – with such an increase in hike it not only put pressure on one but slowly and steadily on all – the companies that specialize in creating ultra-efficient supply chains and cutting costs to preserve razor-thin profit margins, any such rising expense can be trouble.