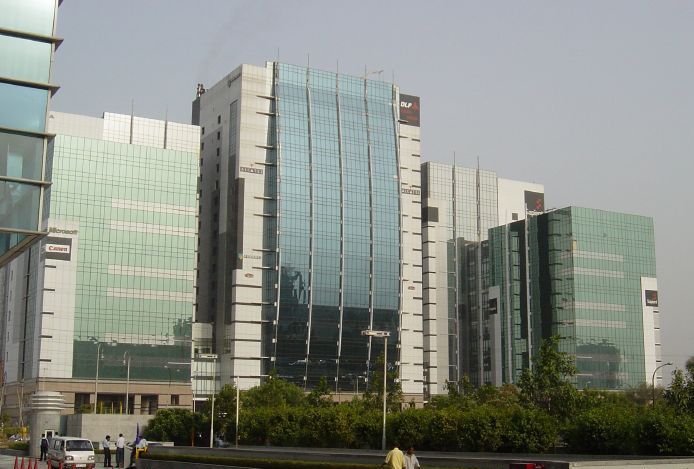 Some call the city of Gurgaon a metropolis; others refer to it as a metropolis in the making. One of the most prominent cities of the NCR, Gurgaon exonerates an air of mixed emotions. Irrespective of which side of the fence you are on, one cannot deny the fact that the no other city in India has witnessed the magnitude of growth and development the way Gurgaon has.

In just a decade, Gurgaon has transformed from a peripheral town in the outskirts of Delhi to a hub of corporate growth. The real estate prices have boomed, thanks to the interest shown by some of the top builders in Gurgaon like Unitech Group, BPTP, DLF, Earthetc.- who have to their credit the development of eclectically designed corporate offices and several residential projects.

In spite of its massive growth and development, the city is often criticized for poor infrastructure, bad roads, exhaustive traffic jams and increasing crime rate.  However, irrespective of these flaws, the city attracts thousands of people from different parts of the country and the world in pursuit of employment and opportunities.  As per a report, over a half of global Fortune 500 companies have their headquarters or other important offices in Gurgaon. Some of the names of the big companies are Google, Samsung, Microsoft, Toyota, GM, GE etc. As a result of this a major chuck of Gurgaon’s population is migratory. At the present the city is home to close to 2.3 million people, a number that is expected to grow every year.

So what it is like living in Gurgaon? What are the challenges that residents of Gurgaon face every day? What social and cultural activities the people of Gurgaon partake? What is special about the city? These are some few questions, this write-up intends to explore.

One of the biggest advantages of living in Gurgaon is that you will get a taste of a very cosmopolitan culture. The population of Gurgaon is a mixed one- people from all over the world and country reach the city every year for work or business. The city is flooded with some excellent restaurants that offer international cuisines such as Lebanese, Thai, Japanese, Korean, Middle-Eastern etc.  There are number of Indian restaurants as well offering authentic, regional food. So, whether you are an experimental foodie or belong to any part of India or the world, you not likely to miss out on native taste and flavors.  At the same time there are a number of super market and grocery stores that have all the ingredients and material that will help you cook authentic meals at home.

As a modern Indian city, Gurgaon is known for its malls,breweries and clubs. Cyber Hub is a popular destination with young professionals who visit the place post work for drink or over the weekend. Almost, every day of the week the place bustles with people and activities and is an excellent choice of place if you want to dine out or go for drinks with friends and family.

While the glitterati and cosmopolitan feel of Gurgaon may grow on some, the city suffers from infrastructural flaws that cannot be overlooked. If you are moving to Gurgaon anytime in the near future be prepared for insane amount of dust, bad roads and high rentals.  A crazy fact about Gurgaon is that some of the exquisite and prime residential propertiesin the city are hidden behind the mirage of massive construction activity. This leads to perennial dust, broken roads and blind diversions.

Although, many people rely upon personal cars to commute, in the last few years the public transport system has improved. So if don’t own a car, there are ample three-wheelers (auto) and private cabs like Uber and Ola that will make travel within the city convenient. But you should be warned against exorbitant and arbitrarily fare charged by auto drivers.

The Yellow line of the Delhi Metro connects Gurgaon that has made commute for office goers from Delhi easy.  Secondly, the Rapid Metro that connects office locations such as Cyber City and Sikanderpur has eased commute for Gurgaon residents.  Despite these changes, Gurgaon is also known for its infamous traffic jams, especially during peak hours of the day. Whether you take out your personal car or auto or private cabs- each mode of transport has its own set of challenge.

Power and water shortage is yet another problem average Gurgaoites face on an everyday basis, especially during summer months. However, this depends upon which kind of residential facility you reside in. Almost everymulti-story housing societies and flats have all the basic amenities like 24X7 water supply, electricity, security and maintenance staff.  Then there are prime properties conceived by some of the top builders in Gurgaon that offer luxury homes and residential societies. But remember, everything comes at a price and rentals are quite high. The rent of the place is determined by the kind of housing society, location of the place and of course the amenities offered.

History and art lovers, often criticize Gurgaon for its lack of heritage building and landmarks. If you compare other cities in India, Gurgaon does not have many places of historical and cultural significance. However, the city is within comfortable driving distance to places of historical veracity such as Jaipur, Agra, Panipatand even Delhi.

Many people view Gurgaon as a mad rush place full of office goers who talk about Software, Sales and Marketing or Malls and shopping. However, you would be surprised to know that Gurgaon is home to the concept of Raahgiri in India.  The rationale behind this initiative is to promote the concept of pollution free and sustainable cities through varied actives by the residents of the city. The concept of Raahgiri has received much appreciation and is not been replicated in other major cities of the country as well.