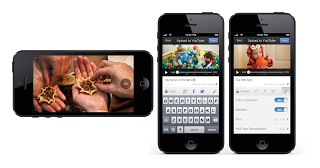 Shooting and Sharing – sounds like words of combination, but this is what Google has launched through its YouTube service. The search giant’s YouTube has unveiled a new dedicated shooting and sharing app called as YouTube Capture which designed to allow people snapping videos and even letting them up on service as fast as possible.

The new app is a clean and simple app which lets you launch into recording your video and providing you with a native experience allowing you to caption, name and even publish your video. In order to record video, you need to rotate the app, and eliminate the ability to record vertical videos. Once the video upload is done, you can put it up in either of public, unlisted and/or private modes.