According to the latest projections by IHS iSuppli, Android device shipments are soon to pass the new milestone of 1 billion unit mark in 2013. The global unit shipments of Android phones will be 451 million in 2013, up from 357 million in 2012. Cumulative shipments by the end of 2013 will be 1.1 billion since the first Android device shipped in 2008. Apple’s cumulative iPhone shipments will be 527 million in 2013 and hit the 1 billion mark in 2015. Combining both Android and Apple’s iOS dominate the smartphone market together with 76 percent of the market in 2012. 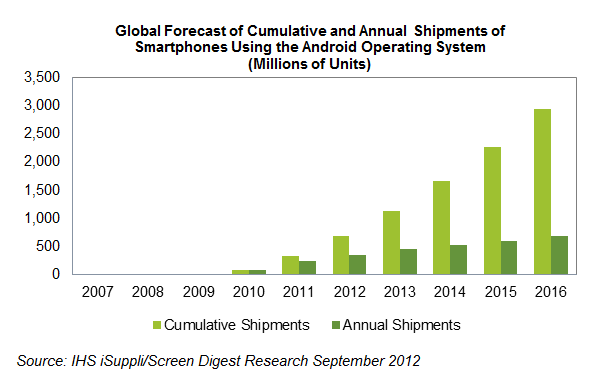