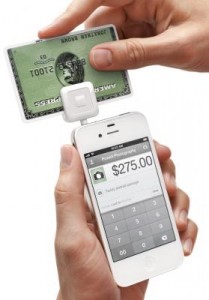 Google looses another major lead from its office board in its Google Wallet division. Google Wallet co-founding engineer Rob von Behren has left Google for payments startup Square following former colleague Jonathan Wall in departing the Web giant. Von Behren disclosed the move through his LinkedIn profile, ending more than eight years with Google. He and Wall, who had worked on the NFC-based Google Wallet starting in 2009, left the project together in January. They had remained with the company for two to three months.

In an e-mail statement in response to a question from NFC Times, von Behren said he had not planned to leave Google. “When I left the Google Wallet project in January, I fully expected to stop working in payments but to remain at Google,” he said. “After meeting the team at Square, however, I decided to do the opposite. Square is doing some great things in the payment space. They have a strong leadership team and a culture that fosters innovation.” Von Behren declined to reveal his new position at Square, except to say he will help the startup expand its existing products.