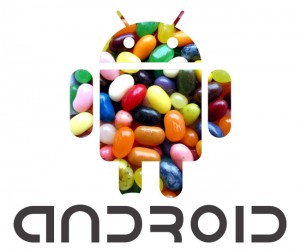 There is still news to come that says Android 4.0 upgrades are available with all the vendors, it is revealed that Google isn’t offering much information about the forthcoming Android 5.0, even there are rumors saying that the new version of the operating system will be available on a smartphone by early summer, it will be rolled out in the fall, based on comments made by Hiroshi Lockheimer, vice president of engineering for mobile at Google.

Lockheimer said: “In general, the Android release cadence is one major release a year with some maintenance releases that are substantial still.” That statement would suggest a fall 2012 time frame for the release of Android 5.0, given that Android 4.0 was released last November, he acknowledged. He wouldn’t divulge the dessert that will be used as a code name for Android 5.0, which follows Ice Cream Sandwich (ICS), as Version 4.0 is known. Google is already getting suggestions for sweets that begin with the letter J, he said.

The success of Android 4.0, a version that was well received by developers and users is still enjoyed by google, one of its partner Wyse Technologies, uses Android Beam technology in ICS to run its NFC software, which is designed to initiate file transfers between devices. Wyse employees placed one Galaxy Nexus phone near another Galaxy Nexus phone to give the second device permission to access a file kept in the cloud or on a PC.

The actual download of the file to the second phone was sent over Wi-Fi, but a 3G network or other wireless signal could be used. they said.NFC is too constrained to transfer the actual file, Lockheimer listed several improvements in Ice Cream Sandwich that have been popular with users, including data-usage and battery-usage meters and widgets on the home screen.

ICS was center stage at Google’s booth during the Mobile World Congress; many users have expressed frustration that the operating system’s new features are not yet available on devices running older Android versions. Lockheimer acknowledged that there is frustration over receiving ICS upgrades in a timely manner, which was why the Android Upgrade Alliance was announced at last year’s Google I/O conference. The premise of the group was that phone manufacturers and wireless carriers would provide timely upgrades of devices during their first 18 months on the market. “We’re making the upgrade process better and are passionate about it…. There’s a lot of progress being made toward making upgrades smoother.” said by Lockheimer.