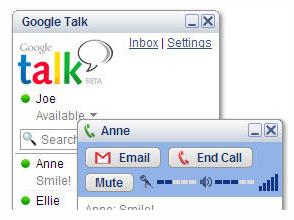 Oops!!! For all those who rely on Google Talk service, the reason to mention oops is because as Google’s Talk service is down and that is for “majority of users,” the company confirmed. At 6:40PM, the search giant confirmed that the service experiencing problem and “we’re investigating reports on an issue with Google Talk,” the company says. Soon, after problem first reported, Google confirmed that they are aware of a problem, saying users are seeing error messages and/or other unexpected behaviour. The company even at 8:20PM, its last message was “we are continuing to investigate this issue. We will provide an update by 7/26/12 8:20 PM detailing when we expect to resolve the problem.” Seems like the problem is a bigger one, will keep an eye on it and will inform as soon as we get more updates on it.

Update: According to Google’s status page, Google Talk service has been fully restored.