Google today announced that it has been giving a whole new brand look to its Gmail service for both of its desktop and mobile version which let users puts back in control using simple, easy organization.

For the desktop version, the new inbox will group your mail into categories which appear now as different tabs. This means that now you can simply choose which categories you want while now your inbox is organized in such a way that it will make it easy for you to decide on which emails you want to read when.

The new changes will let you easily customize the new inbox – you can select the tabs from all five to none, drag-and-drop to move messages between tabs, set certain senders to always appear in a particular tab and star messages in order to appear them in the Primary tab. 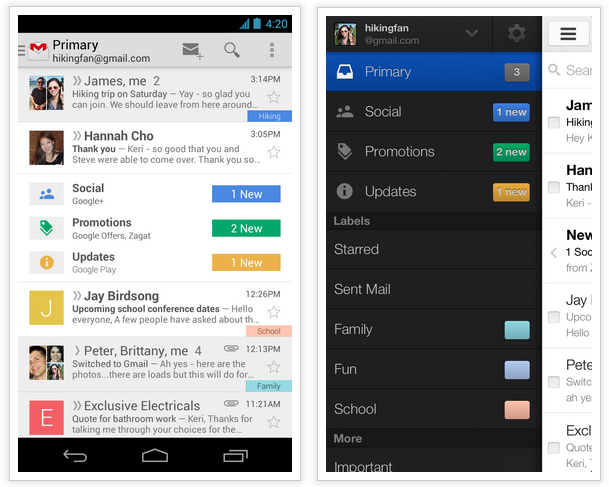 For mobile users, the update has come for both of iOS and Android devices. Gmail now includes the “hamburger” button which when tapped will revealed a menu sliding out from the left letting you to easily access to other tabs. Other changes include the smart labels as well as letting users to quickly access emails which been stored within each of categories.