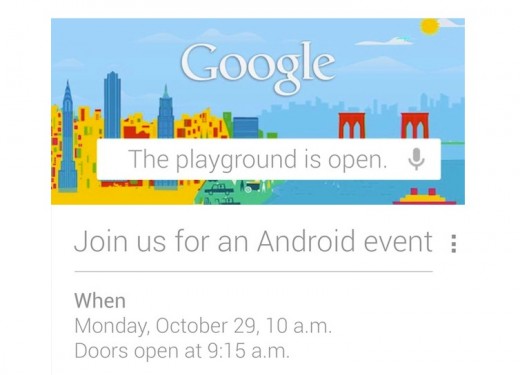 Although the news high that Google going to host Android event on October 29, but according to The Next Web sources the search giant reportedly set to announce 10-inch high resolution Samsung Nexus tablet codenamed “Manta.” The “Manta” will feature a 10-inch 2560 X 1600 display with an iPad beating pixel density of around 300ppi. The tablet if really come into picture will be sold along with existing Asus Nexus 7 and new LG Nexus 4. Well, in whatever way both the Nexus version coming with Android 4.2 (although there are no words whether the 4.2 version comes under new codename or will still be named Jelly Bean). October 29 is not so far away, we are going to update each and every moment of the event, stay tuned with us.