Google has released a major updates to its Maps services for around ten countries and regions across the Europe, bringing its “Ground Truth” initiative to 40 markets worldwide. The countries and regions which have been added include Andorra, Bulgaria, Estonia, Gibraltar, Hungary, Latvia, Lithuania, Slovakia, Slovenia and Spain.

“Today’s update is part of a project called Ground Truth that began in 2008,” Google explains. “Through this initiative, we acquire high-quality map data from authoritative sources around the world and then apply a mix of advanced algorithms, supplemental data (including satellite, aerial and Street View imagery), and human input to create a map that corresponds as closely as possible to the real-world facts that you’d find if you were to visit that location.” 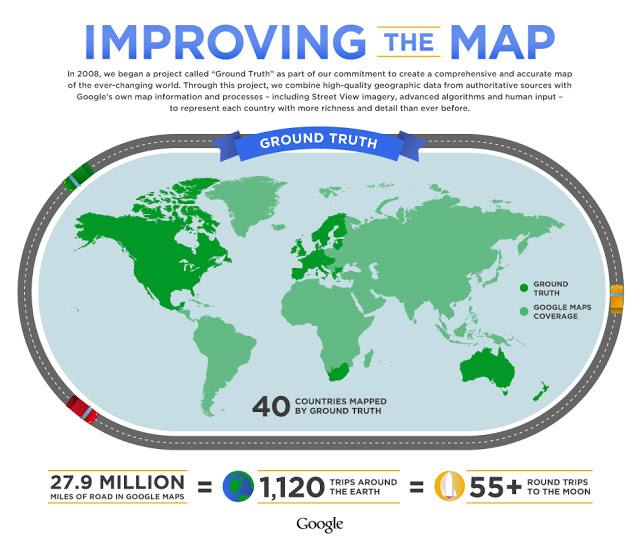