Google in its massive expansion has rolled out its Maps traffic data to more than 130 smaller cities across the United States as well as the capitals of Colombia, Costa Rica, and Panama. The move means will let the streets of Bogotá, San José, and Panama City and the arterial roads in Kalamazoo (Michigan), Portland (Maine), Tuscaloosa (Alabama) and many more cities will include real-time current traffic conditions as well as estimated travel times. 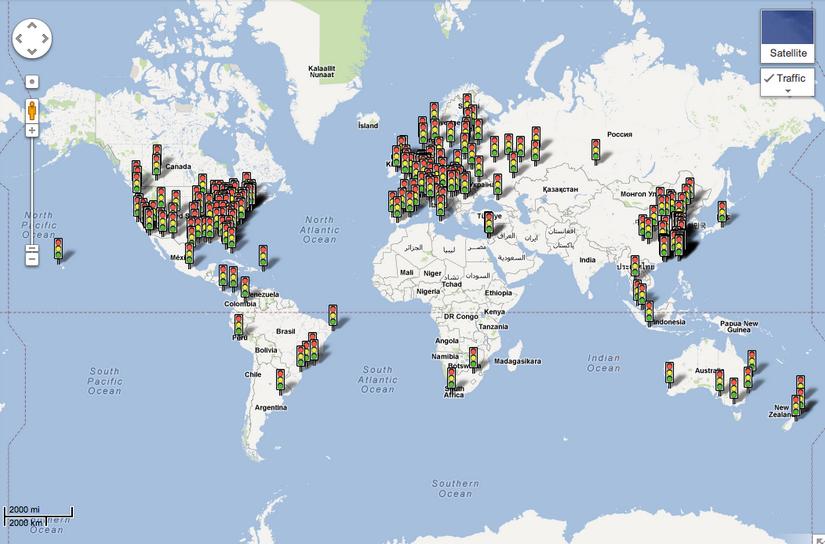 The company has also improved and expanded the coverage in parts of Brazil, Canada, China, Czech Republic, France, Germany, Italy, Mexico, Russia, Spain, Sweden, and the United Kingdom. With this it now means that now whether you’re online on your home computer ensuring no unexpected snarls await your drive to the airport or you’ve been stuck behind a line of cars for a few minutes and can ask your friend in the passenger seat to check whether it’ll clear up just around the bend.