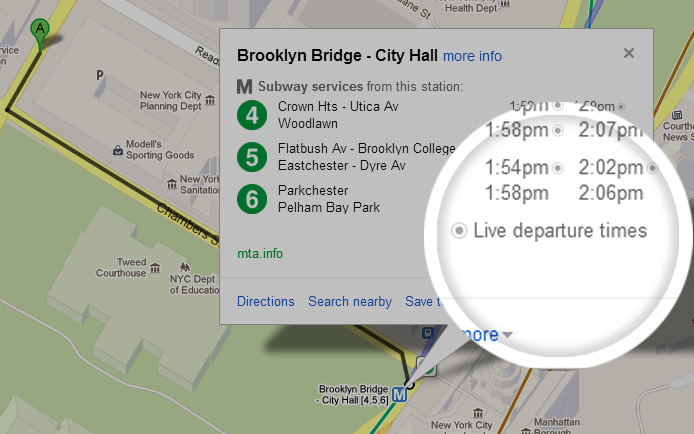 Living in the New York City and what grasp you more when the search giant Google comes and brings the things near you: the company via its Google Maps service now show live transit departure times in NYC and Salt Lake City by adding service alerts in DC.

Starting from today, if you are in New York City and Salt Lake City, you can view live departure times for seven lines on the NYC subway system (MTA), the same it includes for buses and trams in the greater Salt Lake City area (UTA), bringing  millions of live transit schedule updates near you every day.

If you still don’t have the Google Maps with you, you can download Google Maps on your Android device or iPhone to get public transit information on the go. And, interestingly if you are among those who represent a transit agency which would like to participate in Google Maps, you can visit Google’s site for transit agency partners.