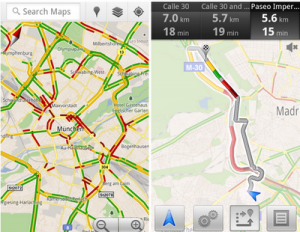 Google Maps since from the time it introduced the live traffic feature in 2008, the team said to be working in order to make the feature available to more users in more countries. Over the time since from then, the team announced that the traffic conditions are available in European 13 countries covering Austria, Belgium, Czech Republic, Denmark, Germany, Ireland, Israel, Luxembourg, Netherlands, Poland, Slovakia, Spain and Switzerland. Coverage includes all freeways and highways, as well as large roads in major cities. Adding further to this, the team has announced that it now has traffic condition coverage for Norway, New Zealand, and Hongkong.