Google, the search engine giant, has hit back against News Corporation Chairman and CEO Rupert Murdoch’s claims that internet giant was a “piracy leader”.

Murdoch tweeted, “So Obama has thrown in his lot with Silicon Valley paymasters who threaten all software creators with piracy, plain thievery,” and “piracy leader is Google who streams movies free, sells advertisement around them. No wonder pouring millions into lobbying,” on January 14th, then followed up with justification stating that “film making is risky as hell” and targeting “hurting writers and actors.”

He also points out that when searching for the latest Mission Impossible film on Google, he was able to find a number of sites offering “free links” to the film. Murdoch was widely criticized for the second tweet, even being accused of not understanding how piracy works or what the SOPA actually does. In a later tweet, Murdoch admitted that while he doesn’t “understand many things,” he does recognize “plain stealing” when he sees it. 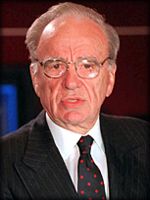 Murdoch’s comments appear to have been triggered by the Obama administration saying that they had great concerns with SOPA and PIPA legislation, which opponents believe will unfairly enable copyright holders to shut down websites without due process.

Google said in relation to Murdoch’s tweet and opposition to the legislation, “Like many other technology companies, we believe that there are smart, targeted ways to shut down foreign rogue websites without asking U.S. companies to censor the internet.”

In the earlier news, earlier Reddit and I Can Has Cheezeburger, announced a black-out protest day on January 18. The White House over the weekend released its official statement concerning online piracy, including the Stop Online Piracy Act (SOPA), the Protect IP Act and the Online Protection and Digital Enforcement Act (OPEN).

Protests against SOPA and PIPA legislation have been gathering pace, organized by online advocacy groups.