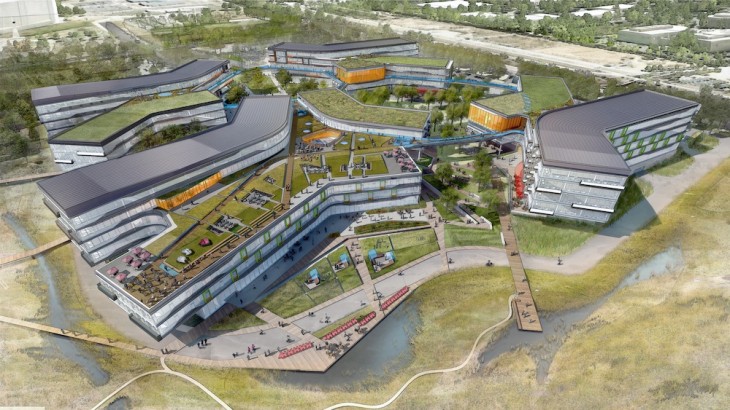 With history to have one of the best workspaces in the world, Google has shared its plans of constructing a 1.1 million square foot campus, dubbed as “Bay View” to be located in Mountain View. The search giant has teamed up with NBBJ, a Seattle-based architecture firm to make this a reality.

Here is how Vanity Fair describes the new campus:

The new campus consists of nine roughly similar structures, most of which will be of four stories high as well as all of which are being shaped as rectangles which have been bent in the middle. The structures are connected by bridges while one of which will bring people directly to one of the green roofs.

Google has provided the following statement to The Next Web:

We are beginning construction on our new Bayview Campus, which is a key to our growth and another sign of our commitment to the area. As this project progresses, we’ll continue to work closely with NASA, the community and the City of Mountain View.