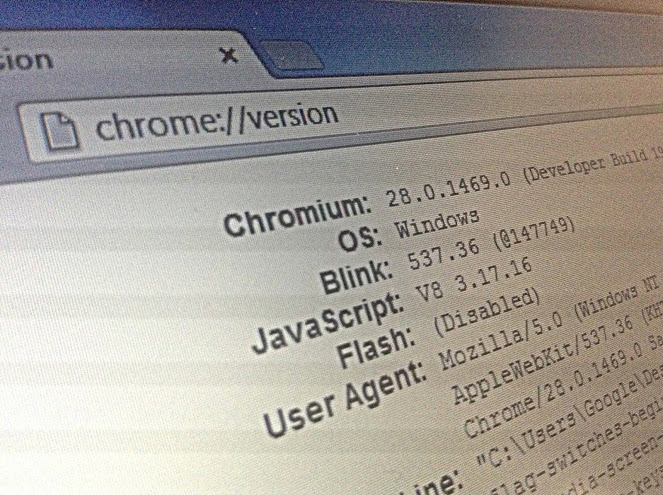 Last week only, Google unveiled that its being introducing Blink, a new open source rendering engine based on WebKit and believe it today it’s here, the company has replaced Webkit version ID with Blink in the latest Chrome build. Noted by developer and Google-watcher François Beaufort who in turn pointed out towards the Chromium issue, which will be simply reading as “Adjust about: version to read ‘Blink’ rather than ‘WebKit’.”

Describing Canary as “the most bleeding-edge official version of Chrome and somewhat of a mix between Chrome dev and the Chromium snapshot builds,” the company strongly believes that the Blink will definitely bring some changes for web developers while the bulk for initial work will keep a focus on internal architectural improvements and a simplification of the codebase. Since, the change started coming into effect for some, I believe it will be rolled out completely in coming weeks or may be in coming days, will keep you updated.