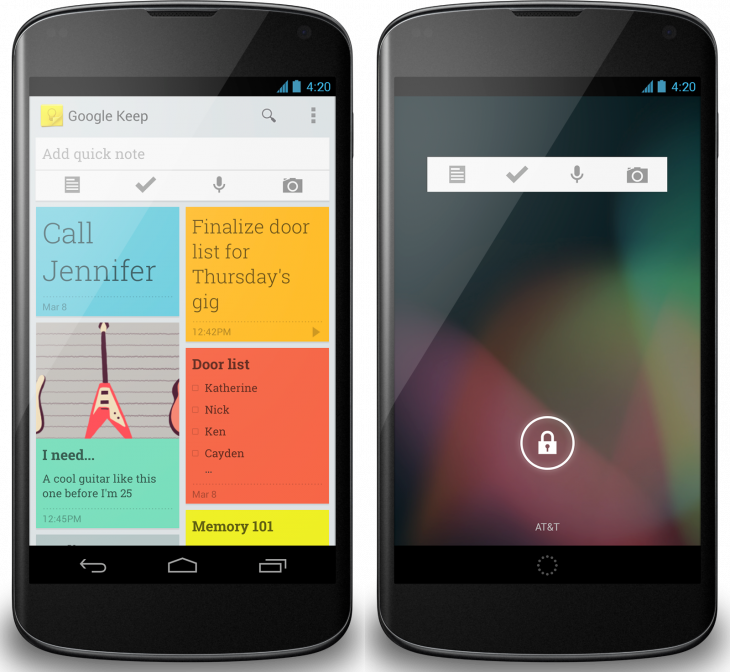 Google today announced a new service, dubbed as Google Keep for the web, Android 4.0 and above. This note-taking service gives a huge edge to its rival Evernote. The company describes the services as the one which lets you “save ideas and organize to-dos the moment they happen by creating notes, lists, photos and voice recordings right from your phone.”

It means with using the service you can access, edit, as well as create new notes both on the web as well as from your devices which do having Android 4.0+ (i.e. Ice Cream Sandwich and Jelly Bean). Google further stated that you will be allowed to do the same directly via your Google Drive account in the coming weeks. The service can be trying or even you can use it straight by following the link Drive.Google.com/keep.