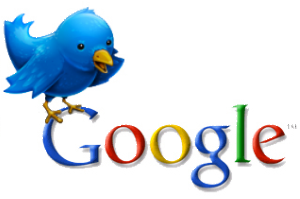 Google, the world’s search engine giant and Twitter, world’s largest micro-blogging website both are known pretty well in webosphere. But if we see from over the past few weeks the relation between the two soaring-up. The two have been fighting each other over the Google’s new social-search feature, “Search Plus Your World”.

Chris Dixon on his blog ignited a firestorm over on this when he said it was Twitter’s fault that Google doesn’t index tweets. But in actual, if we analyze the fault is of both the giants. Google do crawl Twitter and index tweets and Twitter does not block Google – they both do the same way as they do earlier.

The series of events of verbal fight start between the two when Twitter criticized Google officially by speaking about the Google’s new personalized search feature that will allow the content to be placed well from its own social network, Google+. In response to this, Google officially commented back on Twitter’s on its criticization that it made calling the day as “bad day for the internet.”

Google even responded more aggressively in a statement that how it would love to show more Twitter results, but was obeying the “rel=nofollow” rules lay down by Twitter itself. Twitter designed the rule so as to prevent Google from assigning page-rank value to certain links as part of its indexing process. The company also pointed that Twitter was the one between the two who broke off the previous deal.

If they both think and understand properly both are having a lot to offer each other, and a lot to gain, which is why search engine giant again has reportedly tried to acquire the company in the past. Resulting into one clear solution as of now that neither of the two wants to come forward and even tried to remove all the wits or needs or wants what the other one has to offer.