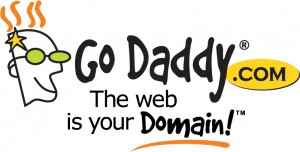 Yesterday we reported that GoDaddy.com and many of its customers websites goes down, experienced intermittent service outages starting shortly after 10 am PDT with service was fully restored later on by 4 pm PDT. The company says that the service outage was not caused by any external influences.

“It was not a “hack” and it was not a denial of service attack (DDoS),” says the company. The service outage was due to a series of internal network events that corrupted router data tables. The company even claimed that they have taken precautionary measures so that the same will not happen again.