With the previous rumors that Samsung later confirmed were not trustworthy and not real, South Korea’s SK Telecom is the first one to provide most awaiting Android 4.0 Ice Cream Sandwich update to Samsung Galaxy S II users tomorrow, March 13th from 10 am local time. The company first posted the tweet but it later on removed, but the folks at The Verge had taken a screenshot of it. 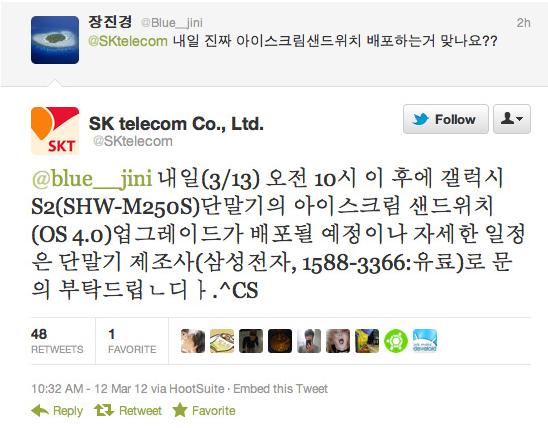