Windows 8 – much awaited Microsoft’s operating system would made its debut in Q4 2012 – Yes we mentioned Q4 – yesterday at Fujitsu’s press conference to present the current line of laptops and tablets hints at Windows 8 arrival in Q4 along in the line-up of Ultrabooks and slates. 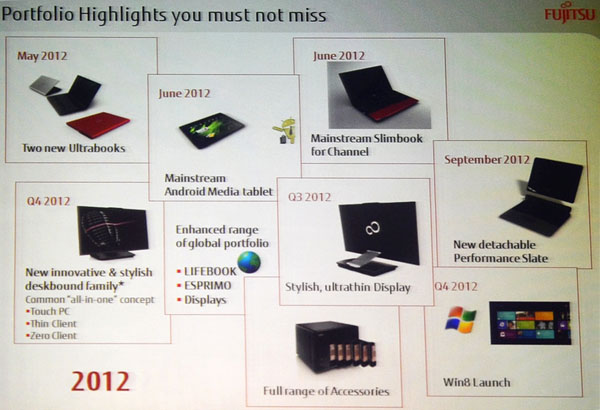 What it appears to be in Fujitsu’s roadblock that the box on the far right appears to show a tablet with a Metro-style UI and it clearly says “Win8 Launch” and “Q4 2012” – eventually there is still no official launch date for a Metro-style Windows 8.