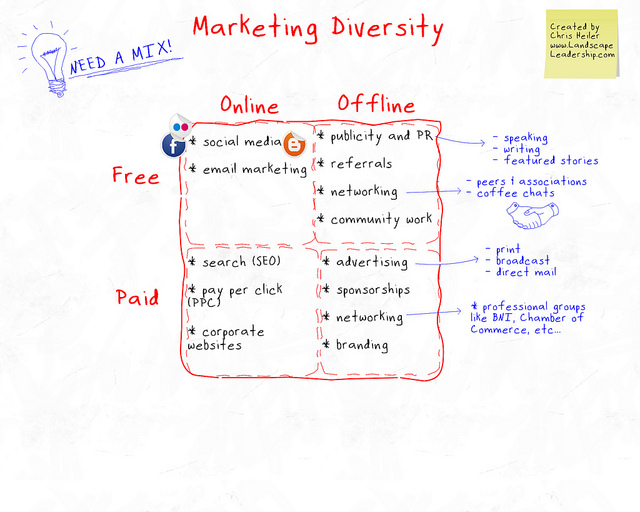 Back in the Old Days

Way back when, marketing was simple. The aim was to drive sales. Business took out ads in newspapers, hung shingles outside their doors, and customers came. Market share was practically a done deal just by virtue of opening your doors for business. Customers’ options were limited.

As the population grew, so did the number of businesses offering products and services. This created competition, because no longer was your business the only game in town. As the population boom continued, marketing became a high-stakes game. Its original form was highly sales-oriented, and it worked for a while. Businesses dipped a toe into marketing media, even though their options were limited. Radio and TV back then were the epitome of advertising options but such advertising opportunities were also costly and out of reach for most businesses. Consumers largely bought from businesses near them; proximity was the overarching factor for their choices. And then came the Internet!

A World Wide Web of Wares
The dawn of the Internet and ecommerce marked an important transition point in marketing. Worldwide competition for business opportunity transformed marketing from sales oriented marketing to customer oriented marketing. With the ability to buy from anywhere on the planet rather than just the businesses you’d be aware of because you drove past them, the range of options became nearly unmanageable. Businesses struggled to get a share of the market and soon realized a new approach to marketing was needed.

The Age of Marketing Automation

The Internet created waves with its amazing features and unimaginable capabilities. The pace at which it was adopted was amazing. Business-minded people saw this as an opportunity to expand their customer base. They could promote their products and services everywhere, all the time, to people they’d never meet in person.

Rome Wasn’t Built in a Day

Online marketing didn’t materialize in a day. When the Internet was introduced fewer people had access. But when the Internet penetrated to reach millions and then billions of people around the globe, it was a turning point in marketing. As marketing became more automated, there were benefits in being able to reach everyone who had an Internet connection and money to spend. But there was also a growing dissatisfaction among consumers in how businesses marketed to them. While they wanted to buy, they didn’t want to be sold. They demanded more recognition, more engagement, and for businesses to be more transparent, more personable.

This led to the introduction of social media, the ultimate in interactive media, which solved the problem of marketing being too robotic and artificial. With social media even more people were drawn into the web. Better ways were devised to make accessing the Internet easy.

We see this transformation when we look at the evolution of smartphones. Phones used to be used for making phone calls. Then came text messages, the forerunner of an Internet enabled phone revolution. People had more access to the Internet from their phones anytime than from their personal computers. More people are now connected to the Internet than before the integration of Internet enabled phones in the market.

As always, marketing strategies are being adapted to fit the current changes in technology. Apart from social media, other online marketing tools are now employed, and more are being created. Marketing automation keeps changing every day with new ideas for creating a better customer experience and driving sales. It’s now interactive and human oriented marketing. Online marketers now realize the need for a human touch, the priority of connecting and responding better to their target market.

This is not the end of business people coming up with novel ideas in online marketing. Marketing automation is just a step to something bigger yet.

About the Author
Robin

Robin is a rural Internet pioneer, who has devoted years to exploring the different online marketing options available to the rural businesses looking to go global.