According to new data published by Forrester – via The Next Web – the European online retail sales are expected to hit €191 billion in 2017, up from €112 billion in 2012. The forecast which is a result of study across 17 European countries, estimated that an 11 percent compound annual growth rate. The research firm predicted that Spain and Italy are going to be clear winners with Spain to hit €9.1 billion in 2017 while Italy will rise to €8.3 billion. 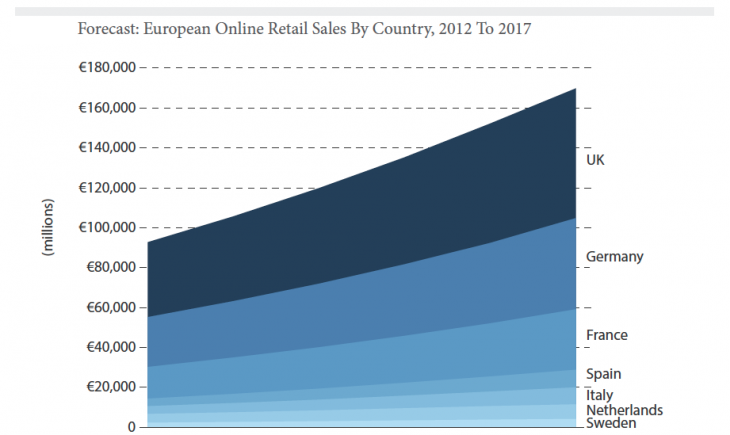 A spokesperson for Forrester said: “Although far from the saturation point, the UK in particular has passed beyond the boom years and local retailers must invest in optimization and innovation to stay competitive.” Forrester shared the UK numbers with suggesting that the country is lowered with 10 percent yearly growth. Overall, as predicted 2017 are still far away and with time – might be later this year – or probably the next year or so – UK and other countries too will take a rise over the online retail sales.