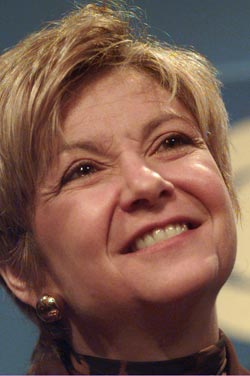 Google over the years has faced one regulatory challenge after another, but has come through generally unscathed with the time – it won antitrust permission to buy Motorola Mobility and as well as ticketing software company ITA, among many of its recent acquisition.

In the lieu of continuation over its pace, the search giant named former New York congresswoman Susan Molinari as Google’s top lobbyist in Washington, reports Reuters – she replaces Alan Davidson, who started lobbying operation for the company several years ago and had resigned from the position in November.

Molinari was once viewed as a rising star in the Republican Party, was first elected to the House of Representatives in 1990, but later stepped down in 1997 – she worked in television for sometime after which she became a lobbyist – she will served the search giant as the vice president for public policy for North and South America.