Oops, bad news for Apple lovers or basically for all those who have their money invested with Apple as for the first time since January 2012, Apple’s market capitalization dropped below $400 billion in trading Monday morning (local time) with shares trading around $424, down 1.43 percent from last week’s close.

Earlier today, we reported out that Apple’s upcoming iWatch come installed with iOS with company’s plans to launch later this year, but with its new tumbling share prices figure today, making the condition worsened.

Last week, even at Apple’s annual shareholder meeting, CEO Tim Cook did expressed his concern over the share prices, saying “I don’t like it either” and “neither does the board or management […] but we’re focused on the long term.”

All to do is to wait and see where the future belongs for Apple. 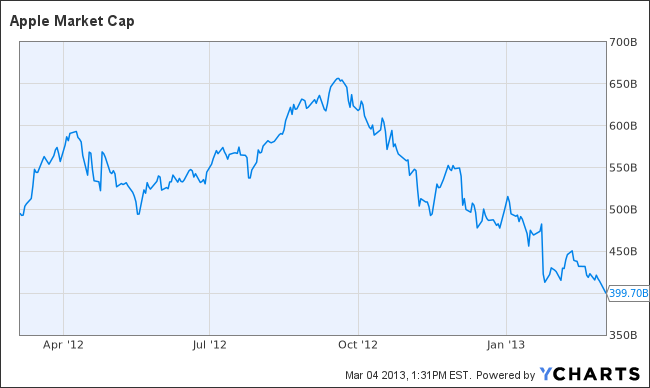