According to a new study by Chitika, Google’s Chrome version 22 stable release hits its peak with adoption at 22%, the one in similar level of adoption the company seen that of Chrome 21. Google on September 25th, 2012 unveiled the stable release of Chrome 22 with features included such as Pointer Lock JavaScript API, which will support in-browser 3D gaming. 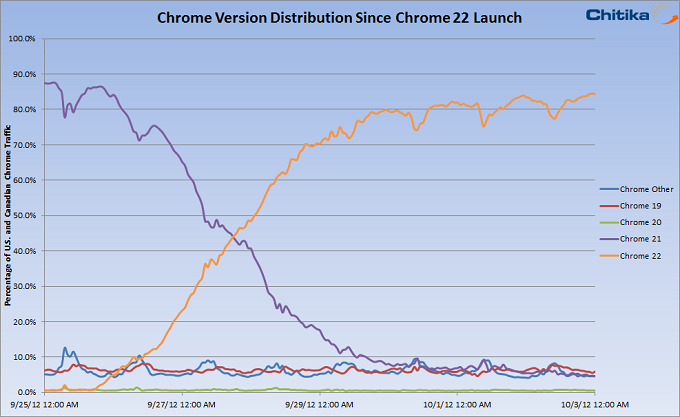 In order to do this analysis, Chitika Insights analyzed hundreds of millions of ad impressions from the Chitika Ad network, ranging from September 25th to October 3rd. With which further then compared to total Chrome Web usage using a time series to illustrate the rate of adoption of the new browser.