News that surrounds heartbeat for many Chinese “Android” lovers, China-based blogger Brian Glucroft discovered a rather distinctive looking ‘Android Store’ in the town of Nanping, Guangdong province. The store is even pushing Apple products and branding too. It is likely that as soon as Google get to know about this fake store, it will definitely storm with ashes, as Glucroft notes:

I doubt Google would be thrilled with all of the choices made by this Android store owner. For example, in addition to a variety of Android-based mobile phones the store also sold Apple products such as iPhones, iPads, and computers.

The photos show the Android Robot adorning the shop and its branding (Google do take note for future): 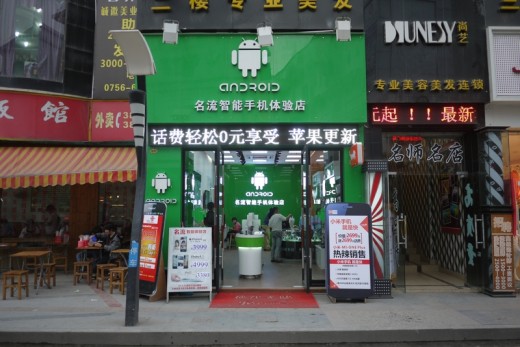 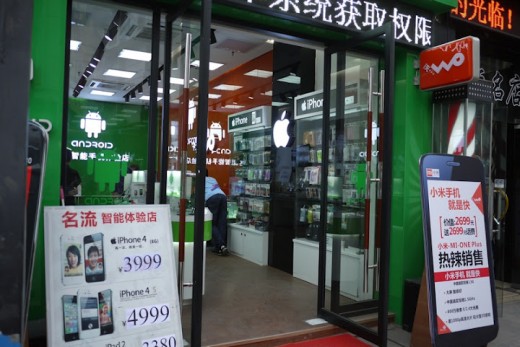