Forbes has recently released the 26th edition of its billionaires list, has total number of members (1,226) and combined wealth ($4.6 trillion), billionaires 2012 brokes records, seven among the list of them are there thanks to Facebook. Here’s the billionaires list, which including a ranking, name, worth, and age for each individual (together they’re worth $28.7 billion): 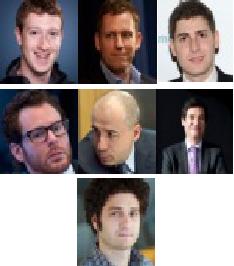 Mark is an American computer programmer and Internet entrepreneur. He is a co-founder of facebook. It was co-founded as a private company in 2004 by Zuckerberg and classmates Dustin Moskovitz, Eduardo Saverin, and Chris Hughes while they were students at Harvard University .In 2010, Zuckerberg was named Time magazine’s person of the year.

Dustin is an American billionaire internet entrepreneur who co-founded the social networking website facebook along with Mark Zuckerberg, Eduardo Saverin and Chris Hughes. In 2008, he left Facebook to co-found Asana with Justin Rosenstein.

Sean is an American technology businessman and entrepreneur. He co-founded Napster, Plaxo, Causes, and Airtime. He was facebook founding president.

Eduardo is a Brazilian internet entrepreneur and investor. Saverin is one of four co- founders of Facebook.

Peter is a German-born American business magnate, venture capitalist, and hedge fund manager He currently serves as president of Clarium Capital, a global macro hedge fund with under $700 million in assets under management, and a managing partner in The Founders Fund, a $275M venture capital fund that he launched with Ken Howery and Luke Nosek in 2005.,also early investor in facebook

Jim is an American venture capitalist and partner of Accel Partners, President of Accel Management Company, and founder/CEO of Breyer Capital, a global diversified investment firm.