TRENDING
Navigate
Categorized as
1218
Tagged as
FacebookMessengerMessenger for WindowsWindows
Related 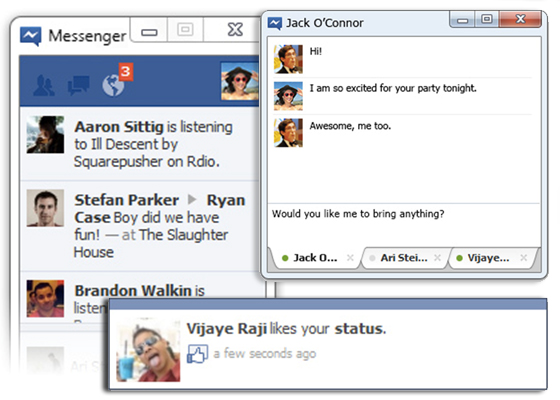 We heard a lot of rumors about Facebook Messenger for Windows last December, but now the news to confirm that it is now officially available through the social networking giant website. The messenger includes conversation tabs, navigation buttons, pop-up notifications, and News Ticker support. The earlier version according to Facebook was a test version and now the original is rolling out for all – also to add, Mac users – a Mac version of the Facebook Messenger is too on its way, but there is no timeframe mentioned so far that suggests when it will make its debut. We already have Messenger for iOS, Blackberry, Android and Windows Phone – this Facebook Messenger for Windows will compete its par if it wants to survive the best over the top in the market. For downloads, click here.