The social giant Facebook has opened up its second data center in the United States. The new data center in Forest City, North Carolina, officially opened today and is online and serving live user traffic. The data center currently comprises two buildings: Building 1 broke ground in November 2010 and opened today, while Building 2 is expected to open later this year. 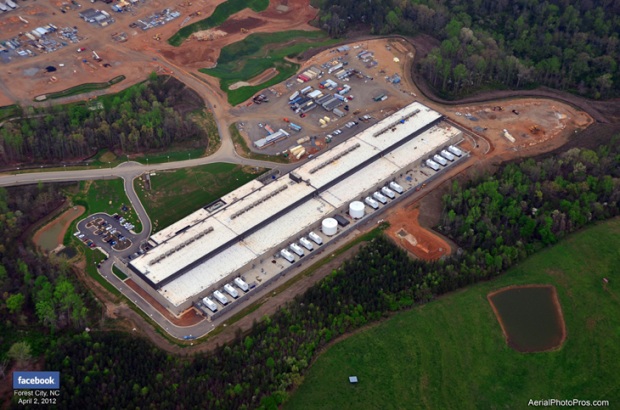 The facility takes advantage of technology developed as part of the Open Compute Project, launched by Facebook last year to drive more innovation and a greater focus on energy efficiency in the data center industry. The Forest City data center will be the first live test of the Open Compute Project’s outdoor-air cooling designs in an environment where temperature and humidity conditions are considered to be outside the range of typical data center operations.

“Of course, our work here is by no means done. Right now, we’re making great progress on a second building on the site that mirrors the first, and are on track to complete it in 2012,” a Facebook spokesperson said in a statement. “We are also committed to keep evolving the technologies and designs at the facility, and are excited to be growing one of the world’s most energy efficient data centers in your backyard.”

Here are three the company wanted to highlight: