London Olympics 2012 is just round the corner; Facebook today launched a dedicated Olympic hub providing easy access to the Pages owned by athletes, teams and the sports that they will be competing in. Earlier, YouTube announced that it will be going to livestream Olympics live from London, giving access to millions of Olympic fans from across 64 territories in Asia and Sub-Saharan Africa to watch the games. Currently, the Olympic Hub having only few hundred athletes, but it is expected that more will add to it soon. Interestingly, Facebook’s new page is not a result of an official tie-up. 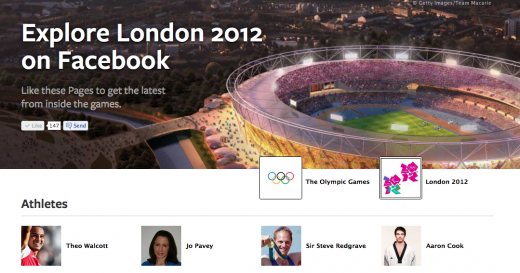